A forecast of the foreign exchange rate can help businesses and investors engaged in forex trading make better decisions, increasing the possibility of potential profits. There are several approaches that can be used to accurately forecast the rates at which currencies are exchanged. Some of the most commonly used approaches are purchasing power parity, relative economic strength, and econometric models; thus, let’s look at each of these in turn in the following section.
(https://unsplash.com/photos/MFms-wkv3Ow)

The purchasing power parity (PPP) method is widely regarded as the most widely used method because it is covered in such a large number of economics textbooks. The PPP projections method is based on the ‘theoretical law of one price,’ which states that the cost of purchasing the same commodity in two different countries should be the same.

According to purchasing power parity theory, the price of a pencil in Canada should be the same as the price of a pencil in the United States. This theory considers the exchange rates of currencies, as well as the costs of transactions and shipping. That is, there should be no opportunities for arbitrage that would allow someone to buy pencils at a low price in one country and then sell them for a profit in another.

Based on this fundamental concept, the PPP approach forecasts how the exchange rate will move in order to offset the impact of inflation on price rises. To continue with the previous example, suppose the price of pencils in the United States is expected to rise by 4% over the next year, but the price increase in Canada is expected to be only 2%.

The Big Mac Index is one of the more well-known PPP methodology implementations that explains how the process works. The Economist created and published the index. It is an example of a well-known PPP methodology implementation. Given the nature of the indicator, this indicator uses the price of a Big Mac in various countries to determine whether a currency is undervalued or overvalued. The index is based on a comparison of the prices of Big Macs, which are virtually ubiquitous in all countries where they are available.

Strength of an economy in comparison to others

The relative economic strength technique, as the name implies, evaluates the rate of economic growth in a number of different countries in order to forecast currency exchange rate movements. This strategy is based on the assumption that a strong economic environment with the potential for rapid expansion will be more effective in attracting investments from outside the country. As previously stated, the justification for using this method is as follows. First and foremost, an investor must obtain some local currency in order to purchase investments in their preferred country. This would result in increased demand, causing the currency’s value to rise.

In addition to the relative economic strength of each nation, this plan takes into account a number of other factors. It investigates the various types of investment flows from a broader perspective. Interest rates are another factor that may entice investors to move their money to a specific country. Because of the high interest rates, there will be more demand for the currency, resulting in an increase in its value as a direct result of its appreciation. High interest rates will entice investors seeking the highest possible return on their investments.

On the other hand, low interest rates may occasionally persuade investors not to invest in a particular country or even to refrain from borrowing that country’s currency at low interest rates to finance other activities. This could happen if the country’s economy is viewed as unstable. During the period when Japanese interest rates were historically low, many investors took advantage of the opportunity to profit from the Japanese yen. The carry trade is a trading strategy that refers to this specific method.

In contrast to the PPP strategy, the relative economic strength method makes no assumptions about what the best possible exchange rate should be. This method, on the other hand, gives the investor a broad understanding of the driving force behind the movement, as well as an idea of whether a currency will appreciate or depreciate in the not-too-distant future. It is typically used in conjunction with a number of different forecasting approaches to provide a more comprehensive outcome.

Because forecasting exchange rates is difficult, many businesses and investors prefer to hedge their currency risk rather than try to forecast exchange rates. Those who believe that forecasting exchange rates might be useful and are interested in learning about the factors that cause exchange rate changes, on the other hand, may find that these approaches make an excellent starting point for their research.In conclusion, you can utilize several highly effective methods of monitoring currency movements to be better equipped in your approach toward the foreign exchange market. We hope this guide has helped you find a method that suits your investment style; good luck and happy trading! 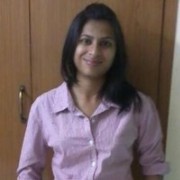