Singing sensation Beyonce gives the best Juneteenth surprise to her fans by launching her new song Black Parade on June 19, 2020. It was the ultimate Juneteenth celebration for her admirers. She made the launch just a couple of hours after she had already announced her being a part of a small initiative called Black Parade. It was to show support to the businesses owned by Black people. However, her fans did not expect that she would come up with such an amazing track as a part of the same initiative. Global icon Beyonce later took to her Instagram account to post the video of the song wishing everyone a “Happy Juneteenth!” she wrote a short message for her fans in which she tells everyone to celebrate with each other and spread happiness even if the times are tough.

Happy Juneteenth Weekend! I hope we continue to share joy and celebrate each other, even in the midst of struggle. Please continue to remember our beauty, strength and power. _ “BLACK PARADE” celebrates you, your voice and your joy and will benefit Black-owned small businesses. Click the link in my bio to learn more.

Beyonce ended her post with an encouraging message for her African American fans whom she told to believe that they are all beautiful, powerful, and strong. She said that Being Black should be a strength, and it is the best form of protest too. Beyonce stressed on the fact that Black Joy is their right! Her song contains powerful lyrics that hit the correct places for society. It refers to the history of the Black people, protests, and police brutality. There is a special purpose of releasing the song on Juneteenth. It is because a massive chunk of Black Americans observes Juneteenth as their Independence Day.

History of Juneteenth and Slavery

Back on June 19, 1865, slavery ended officially under the governance of Union Major General Gordon Granger. He took the initiative of visiting Galveston, Texas to inform the slaves about their ultimate liberation. However, the signing of the Emancipation Proclamation was already signed by Abraham Lincoln two and a half years back. There is a line in the song which tells everyone to put up their fists in the air. It is a way to show the Blacks some love. She also expresses that she needs reparation and peace for her people through the lyrics of the song.

Black Parade is Beyonce’s first solo album ever since she worked on “The Lion King: The Gift” back in 2019. Recently, her collaboration with Megan Thee Stallion gave us the remixed version of “Savage”, which has been trending on TikTok for a while now. According to the official website of “The Black Parade,” it seems that all the proceeds of the song will go to the BeyGOOD’s Black Business Impact Fund. It is under the administration of the National Urban League to support small businesses owned by Black people.

The singing star has shown her full support even during the recent protests following the death of George Floyd. The singer took to her Instagram handle to write about her feelings regarding the terrible incident. She said that it was unfortunate that all of us had to witness the man being killed in broad daylight. Beyonce stated that it was disgusting, and upsetting too. She said that it is not only about Black people, but no one needs to be killed in that way. We should all stand against senseless killing and racial disparity.

Rate this post
See also  How to Choose the Right Bluetooth Adapter for Your PC? 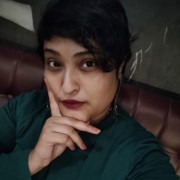