The goat emoji is an emoji of a goat. There are many variations to this animal-related emoji, and it all depends on the platform. It goes by the graphic of a goat that is facing to the left. The quality of the illustration of this goat emoji also varies from each platform. Twitter, for example, has a very cartoonish graphic of this emoji compared to other platforms.

Most sports debates today involves the topic of the “Greatest of All Time.” And, if you abbreviate that quote, you’d get “Goat” in the end. So, you can use the goat emoji to refer to who you think the “Goat” is in a particular sport.

I believe that all of us are quite familiar with Bats and what they potentially did to our society this 2020. The bat emoji is the perfect emoji that should refer to this pandemic. Bats and this pandemic were first associated with each other because of the viral videos in early 2020. Most people were eating food made out of a bat, which then caused the alarm of the health community.

However, you can also use the bat emoji in a positive light. For example, the bat emoji can correctly represent your favorite movie character, Batman. It is all up to how well and effective users use this emoji in a message. Make sure to make the context of your message transparent so as not to confuse other people.

For the indirect meaning, the rat emoji can refer to any person that has a shady personality. It can be the perfect emoji to refer to a criminal, traitors, and things of the same nature. The emoji of a rat comes in with an illustration of a rodent that has a black color. There is another rodent emoji but has a white color, which is the mouse emoji.

The Kangaroo emoji is an emoji of a marsupial that has legs and a distinct large tail. It is illustrated as a marsupial that has a yellowish-brown color. This emoji is also facing left, as almost all animal-related emojis do. Huge, pointed ears are also a distinguishing trait of this emoji, and it is either jumping or resting on its legs.

This emoji is the perfect emoji to express your love for kangaroos. If you think that Kangaroos are majestic, then use this emoji to refer to them. It can also be an emoji that refers to Australia. Australia is the continent where this animal is found, so it is natural to assume the connection.

These are some of the animal-related emojis that have direct and indirect meanings. You can use these animal-related emojis to express your love or disgust towards the animals that these emojis refer to. You can also use them for their indirect meanings. No matter what you use these emojis for, the act of communicating will surely be more convenient. 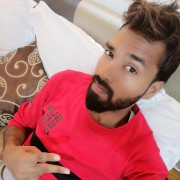